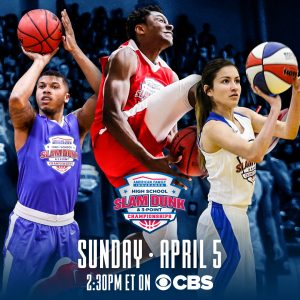 Amid the unfortunate news the rest of the school year has been canceled, there is at least a small amount of good news that we have recently received.  Back in March, before all of the craziness of our “new normal”, the American Family Insurance Fan Vote Competition was launched with our own Kassie Wade competing for a chance to go the Atlanta, GA to shoot during the airing of the Final 4.  The school and community and many people and family members from all over the country were working hard and taking time to vote and vote often for Kassie.  It became a routine for many of us and we were very blessed to get her all the way to the final round!  In that round, she was up around 4% in the vote with one day remaining before the news came that the competition was canceled and all remaining competitors declared winners.  American Family Insurance contacted us and informed us that they still had their Air Time for that day and would still like to do something for the competitors.  They asked for any video and pictures we could send and also did an interview with Kassie via Ring Central along with the rest of the competitors that will air this Sunday (April 5th) at 2:30 PM.

If you would like to see positive programming, pictures, and stories about all of these young competitors and escape the dreary news about COVID-19, tune in at 2:30 on Sunday, April 5th.  Stay Safe and Healthy Everyone!

No Events This Week

Events are added by athletic staff.
View All Events